Since Robert and I attended last August a special symposium on Japanese, Chinese and Korean writing during the AWLL workshop in Japan, I think it would be fair to continue this series of posts with these cultures. 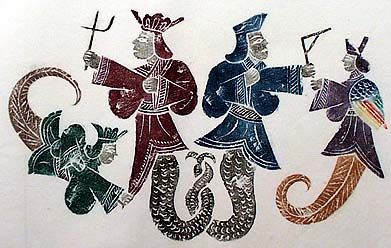 Fuxi and Nüwa with measuring tools

We will start with Fuxi, the first of the mythical emperors of China. He is often pictured as half man and half snake, like his wife Nüwa, and he is a mythical civilising character who brought hunting, fishing, cooking and marriage rituals among other things to his descendants: the Chinese people.  Although it was never used as a real means of written communication, he created the written signs of pa kua or ba gua, the trigrams used as the base of the I Ching, the most important divination text in Chinese culture. According to legend he was inspired to create the trigrams by the marks on the back of a tortoise he saw by the Yellow river.

Fuxi looking at the tortoise

But it was Cangjie, commanded by the Yellow Emperor, who created Chinese characters as we know them. Cangjie was the official historian of the Emperor and he is said to have four eyes and pupils. One version of the legend says that after days without success, something fell in front of him from the beak of a flying phoenix. It was the impression of a hoof-print and he asked a local hunter to which animal did the print belong. The hunter answered that it was from a pixiu (a mythical winged lion) and that no other creature had that same hoof-print. This inspired Cangjie to observe the defining characteristics of all things and to capture them in the written characters.

However, another version of the story tells that he created the characters inspired by the networks of veins in a turtle. Very similar to Fuxi’s story, right? It is no coincidence that turtles are related to stories of early writing in China, since turtle shells were a common support for writing back then. Actually, the earliest Chinese script, the oracle bone script, can be found on turtle shells and animal bones. If we trace back some of the Chinese characters used today, we can see that they come from these early samples of writing.

Chinese writing is not exclusive to China, but was used throughout East Asia. It is still present in Japanese writing – in the so-called kanji characters – and it was the official writing system in Korea before the creation of Hangul.

Hangul is the current writing system for the Korean language, created in the 15th century to substitute Chinese writing. For many linguists Hangul is considered the perfect writing system, since the characters were designed according to their articulation in the speech organs and these are combined building syllabic blocks. This writing reform was driven by the king Sejong the Great, who was very aware of the difficulties that promoting a new script meant. He knew that he needed a mystic story for the propaganda surrounding his new script, so he made Koreans believe that their new characters were gifts from the gods found carved on leaves fallen from trees in the palace courtyard. Apparently, this was a trick designed by Sejong himself, who wrote the characters on the leaves using honey, so that the insects would eat them leaving the shapes on the leaves. This shows that myths about writing systems are not only a feature of the most ancient times. 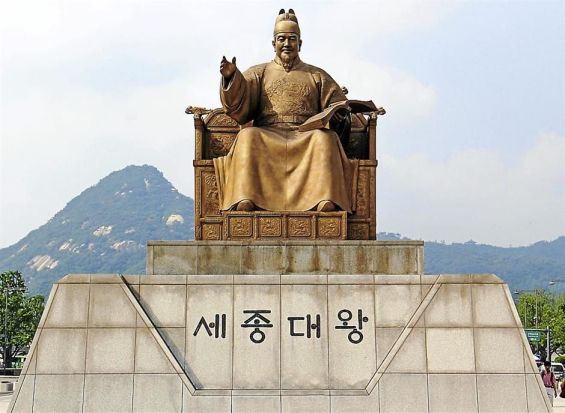 Statue of Sejong the Great with Hangul inscription in Seoul

I would like to thank Hye Pae (associate professor at the University of Cincinnati) for the information on the creation of Hangul. For more information on this script, see her article “Is Korean a syllabic alphabet or an alphabetic syllabary?”. 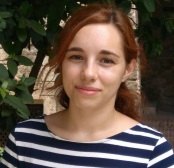