We all love a good pun. And by ‘we’, I mean ‘I’, and by ‘good’ I mean ‘terrible’. So for a long time I’ve wanted to make ‘Phaistos Discuits’ – biscuit versions of the famous Phaistos Disc.

The Phaistos Disc is probably the most controversial inscription from ancient Crete, showing a ‘writing system’ (if that is what it is) that is almost unparalleled – a one-off as far as ancient inscriptions go. Despite some (really very unconvincing) attempts at decipherment, our understanding of this object remains extremely limited. However, it is just the perfect shape to turn into a biscuit!

The Phaistos Disc is thought to date to early second millennium BC Crete, and is made of a flat, round piece of clay with a series of signs in a spiral shape on each side. Rather than being incised into the disc with a sharp tool, like most inscriptions on clay objects from ancient Crete (like tablets and labels), the signs on the Phaistos Disc have been impressed or ‘stamped’ with specially shaped dies. If you look closely, you can see that groups of the signs are separated with dividing lines.

I’ve been thinking for a while about how to replicate the Disc in baked goods form, and had been looking into 3D-printing a stamp. As it happens, though, I’ve just been to Crete, where Phaistos Discs are a whole industry. 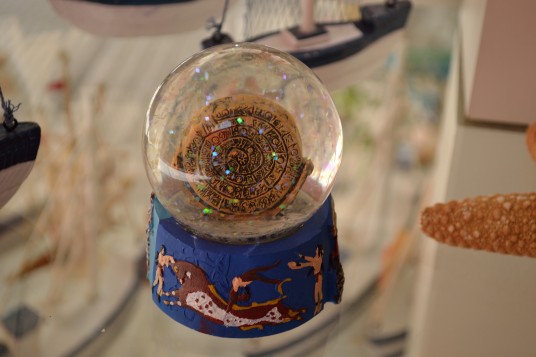 They come in all sizes and various degrees of quality, so it wasn’t too hard to find a cheap souvenir replica with deep enough inscription printing that it might be usable as a stamp. Probably one of the odder things I’ve had in the washing-up…

For the recipe I used the same speculaas recipe I’ve used for my previous linguistic baking endeavours. It’s tasty and takes an impression well. ‘Pre-firing’ results were promising: 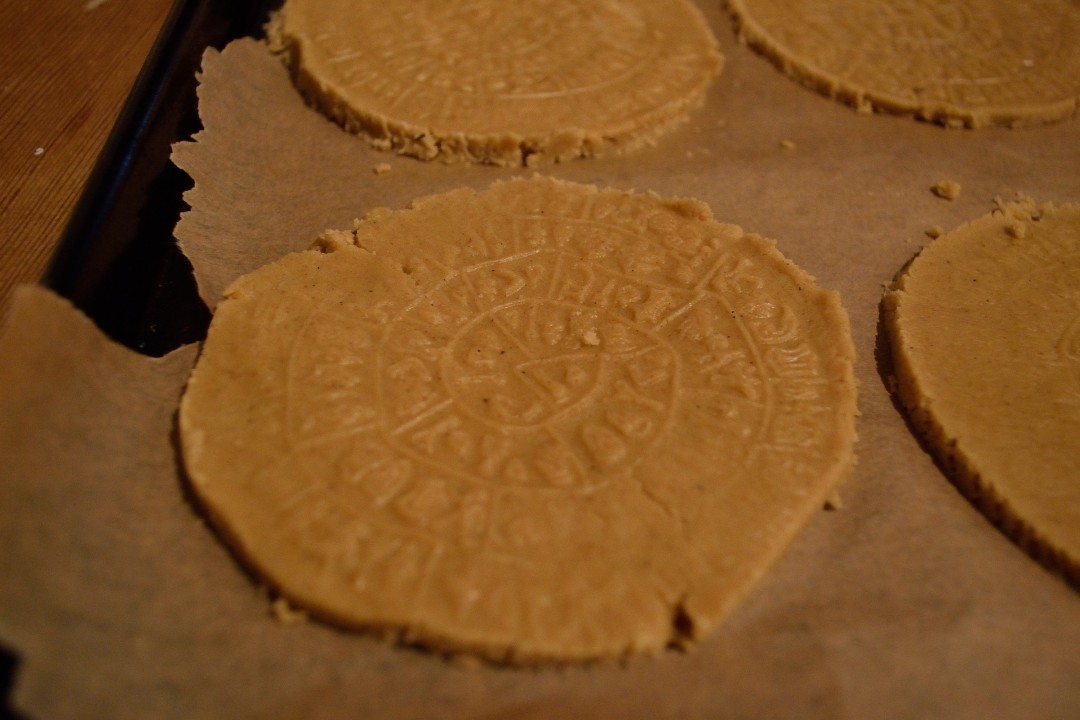 I was still unsure how well such a detailed pattern would hold up through the baking process, though. I needn’t have worried, though – they made it out without any softening of detail. Just a little dusting of icing sugar to highlight the inscription, and the discuits were finished! 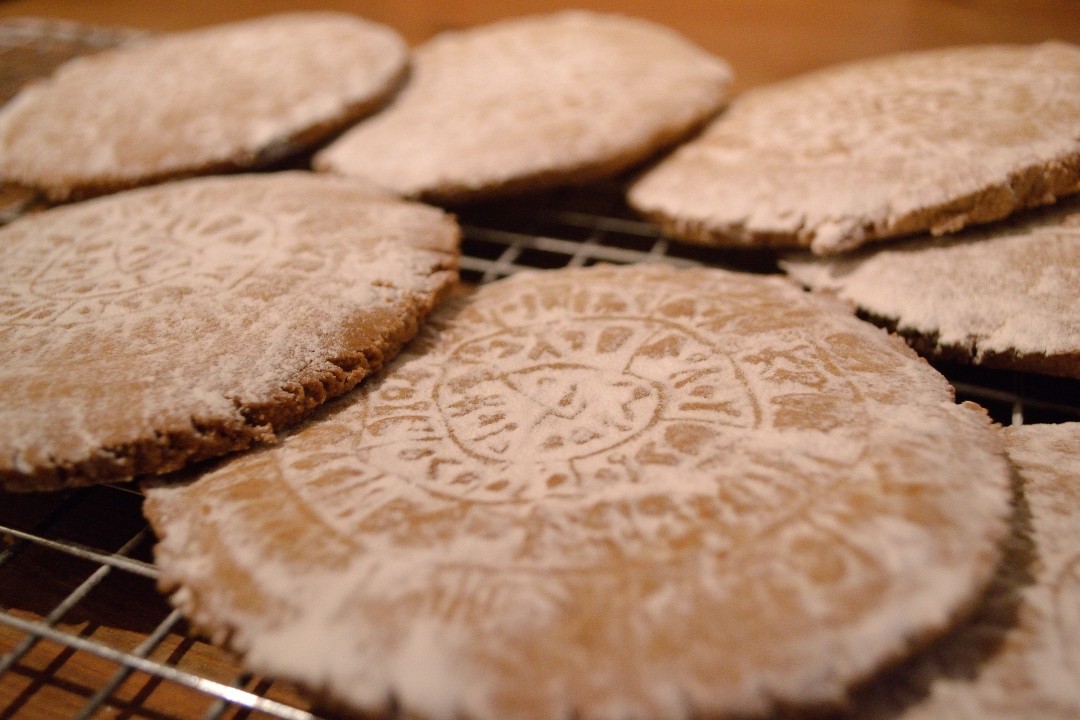 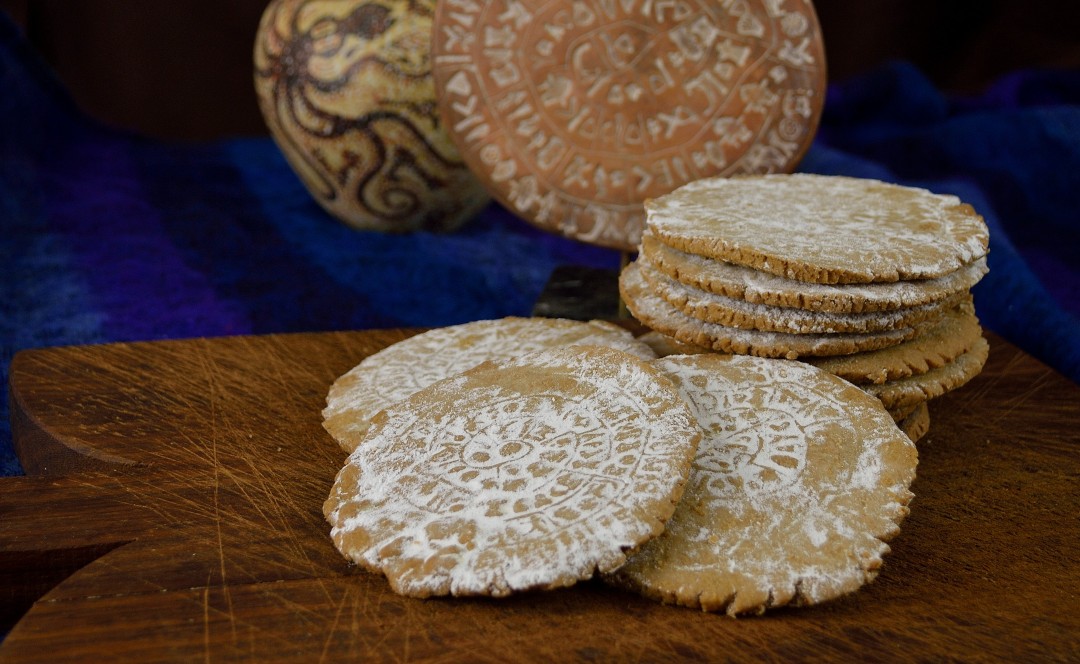 If you have access to a Phaistos Disc replica, it’s well worth giving discuits a try – they’re quick and easy, and they taste delicious.