Writing Gods and Myths I: Greece and Rome

Ancient cultures gave great importance to writing as a civilising tool. However, the origins of writing are full of mystery, and they already were for these civilisations. Maybe for these reasons they created myths around the creation of writing and gave gods the attribute of writing. In this and other future posts we will look at some of these divinities and myths related to writing. Pippa already mentioned goddess Reitia, a Venetic goddess of writing, in a previous post of the CREWS blog HERE, and now we will continue with myths and gods from Greece and Rome.

All the stories point to the same hero as introducer of the alphabet in Greece: Cadmus. But he was not himself the creator of the script. He brought it from Phoenicia (or Egypt, depending on the version of the myth) to Boeotia, where he founded Thebes.

There is no consensus about the real creator of the Greek alphabet. Hyginus (64 BC – 17 AD) tells us that some say that the Parcae invented 7 letters (Α, Β, Η, Τ, Ι, Υ), while others say that it was Mercury (equivalent of the Greek god Hermes) who created the letters inspired by the flight of the cranes. He continues saying that Palamedes invented 11 letters, Simonides 4 (Ω, Ε, Ζ, Φ) and Epicharmus 2 (Π, Ψ). Then Mercury took the letters to Egypt, Cadmos from Egypt to Greece and finally Evander from Arcadia to Italy, where he made the Latin alphabet with 15 letters. 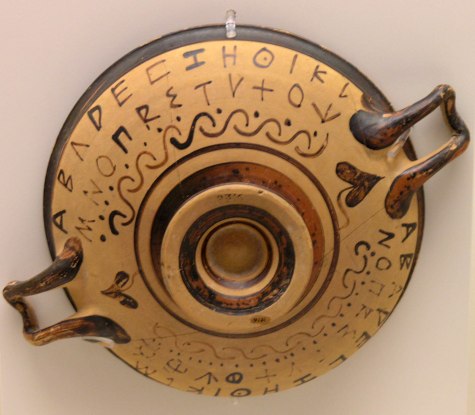 Figure 2. Boeotian abecedarium on a kylix (5th cent. BC).

However, Pliny the Elder (23 – 79 AD) writes a slightly different version of the myth. He says that, even though he believes that Assyrians always knew how to write, other authors say that writing was invented by Mercury in Egypt and that an alphabet of 16 letters was brought from Phoenicia to Greece by Cadmus. Palamedes added four characters (Ζ, Ψ, Φ, Χ) and Simonides other 4 (Y, Ξ, Ω, Θ). This alphabet was introduced into Latium later by the Pelasgians.

Diodorus of Sicily (90 – 30 BC), on the other hand, argues that Greeks knew how to write before Cadmus.  He tells us that there was a great flood in Greece that killed most of the population and destroyed all the “written monuments” as he calls them. After the flood, Greeks fell into ignorance and Egyptians started to claim the knowledge of astrology and writing to themselves. That is why, after many generations, people believed that it was Cadmus who brought writing to Greece. Could this be a reference to the loss of Mycenaean Linear B (an earlier writing system used c.1450-1200 BC, see more HERE) before the coming of alphabetic writing in Greece in or by the 8th century BC?

These are just some of the myths created by ancient civilisations to explain the origins of writing – we will cover more in future posts!

2 thoughts on “Writing Gods and Myths I: Greece and Rome”