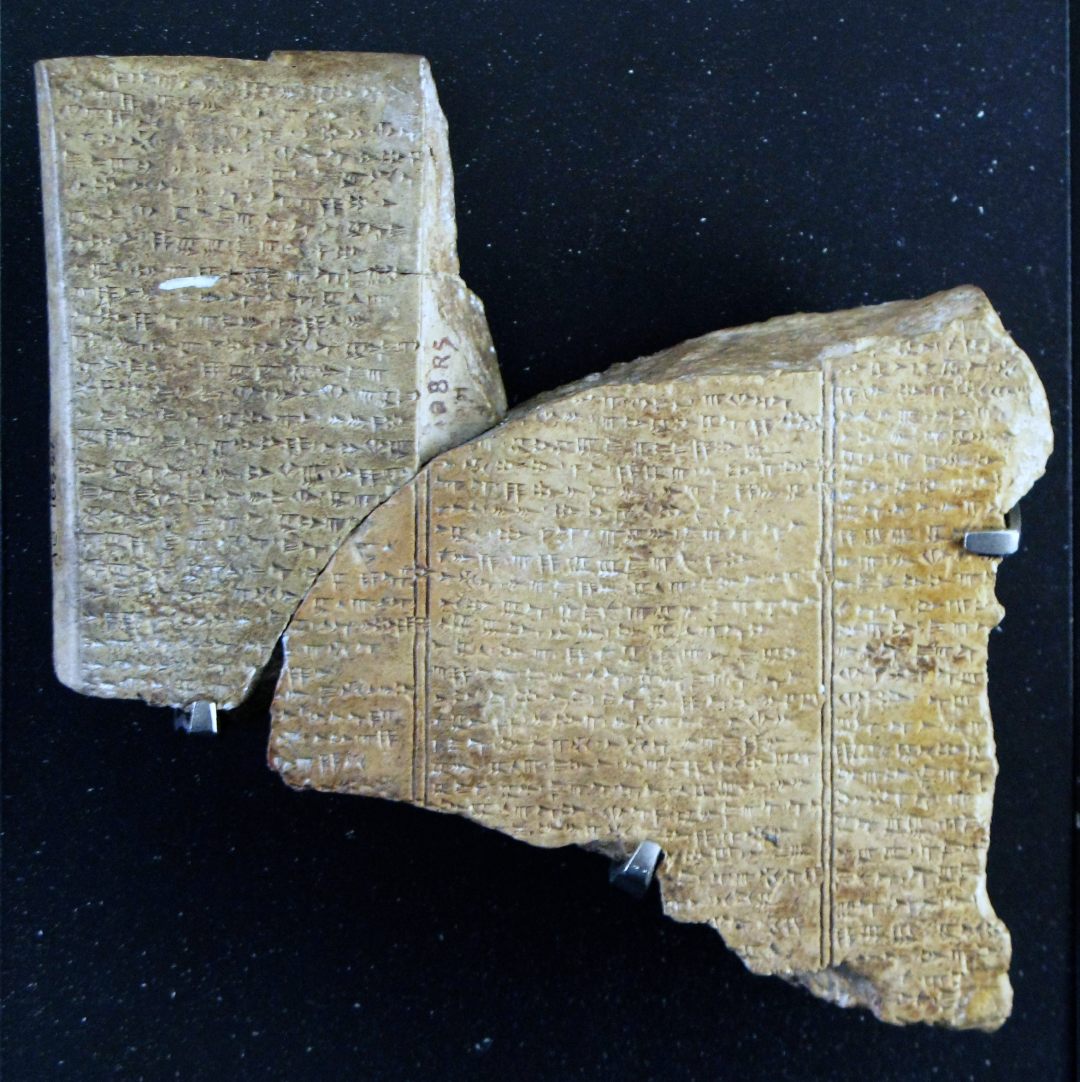 Ninety years ago today, on 14 May 1929, a workman at the excavations of the newly-discovered Syrian archaeological site of Ras Shamra made one of the most important discoveries of the twentieth century for the study of ancient writing systems – a number of clay tablets inscribed in a previously unknown version of cuneiform. Typically for the colonial context and the hierarchical nature of archaeology at the time, it’s usually the French director of the excavations, Claude Schaeffer, who gets the credit for this discovery but the actual discoverer’s name was Mohamed Moursal. Writing some years later, Schaeffer records the moment of the discovery as follows (translated from the French):

At five o’clock in the afternoon, when the setting sun transformed the Alawite mountains east of the tell into a golden fringe, I observed one of my workmen who stopped his work to examine what at a distance had the appearance of a small brick. Mohamed Moursal, a Turk from Bourj Islam, a good workman, but preferring effort rather than the delicate work of releasing fragile objects, spat on his find and with the palm of his right hand rubbed on it to remove the film of earth that masked the surface.

There’s a romanticised quality to Schaeffer’s account which is shared by other stories of early discoveries at Ras Shamra, including the discovery of the site itself. It’s common in textbooks to recount the tale of how a local peasant ploughing his field at the seaside village of Minet el-Beida struck a stone, only to realise it was part of a buried ancient structure. When the French mandate’s archaeologists descended on the area they swiftly recognised it as an underground chamber tomb and began archaeological work at Minet el-Beida and the tell site of Ras Shamra a little way inland. 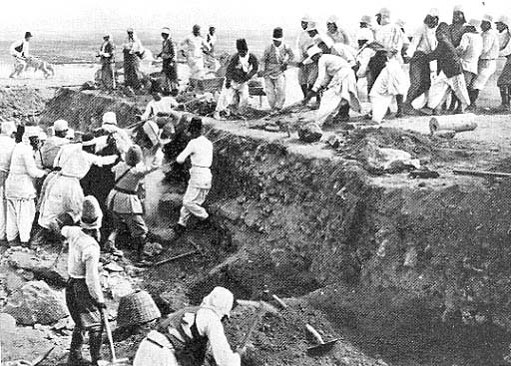 We now know that Ras Shamra was the site of ancient Ugarit, a prosperous merchant city of the Bronze Age, and Minet el-Beida was its port, Maʾḫadu. The clay tablets that Mohamed Moursal found at Ugarit were only the first of thousands, and it’s fair to say they have revolutionised our understanding of the Late Bronze Age Levant and of the early history of the alphabet.

Because the cuneiform these texts were written in was not the familiar logosyllabic Akkadian found across the Near East (although Ugarit produced plenty of that too). The excavators immediately realised that there were far too few signs for such a system – only thirty, it turned out – and rightly surmised that this had to be an alphabetic system. With that deduction and the intuition that the language they were written in was likely to be closely related to Hebrew and Phoenician, decipherment was able to progress extremely quickly, being accomplished essentially within a year by three men working more or less separately – Paul Dhorme, Hans Bauer and Charles Virolleaud.

If the writing system caused a stir, the content of the tablets was even more explosive for ancient Near Eastern studies. Among the earliest tablets found were epic poems and other literary and religious works, giving our earliest glimpse into the religion and culture of the Levant. Many showed close parallels in language, motif and theme with the much later Old Testament, causing huge interest among biblical scholars, which continues to colour the research agenda to this day. But there were also letters, administrative records, magical spells, students’ exercises and much more. The Ugaritic and Akkadian tablets found at the site over the next several decades give us one of our most comprehensive insights into the life of a Late Bronze Age Near Eastern city.

This wealth of written information has proved a double-edged sword, however. Understandably, a great deal of the work done at Ugarit has focused on the tablets and the rest of the city’s archaeological record has suffered in comparison. Publication of the archaeological context and material remains was – and to some extent continues to be – neglected in the all-consuming drive to publish and analyse the textual record. This can make it very difficult to place the written material in its wider cultural context and to unpick things like change over time, or the lives of the general population who were not literate. These are things we’ve talked about a lot over the years on this blog. My main research project is on the social context of writing at Ugarit and the question of how writing system research can benefit by integrating archaeological and anthropological evidence was an important theme of the recent CREWS Conference.

Since excavations began in 1929, Ugarit has been under continuous investigation. For most of that time excavation has been on-going, although there have been interruptions for the Second World War and the current conflict in Syria. Those ninety years of research have given us a new discipline – Ugaritic studies – and contributed greatly to countless others, from biblical studies and Assyriology to Aegean prehistory and Hittitology. So happy birthday, Ugaritic! Thank you to all the scholars and excavators who have worked in the field these last nine decades, and here’s to continuing fruitful investigation for many years to come!